Could CBD be the new hope for cancer treatment? 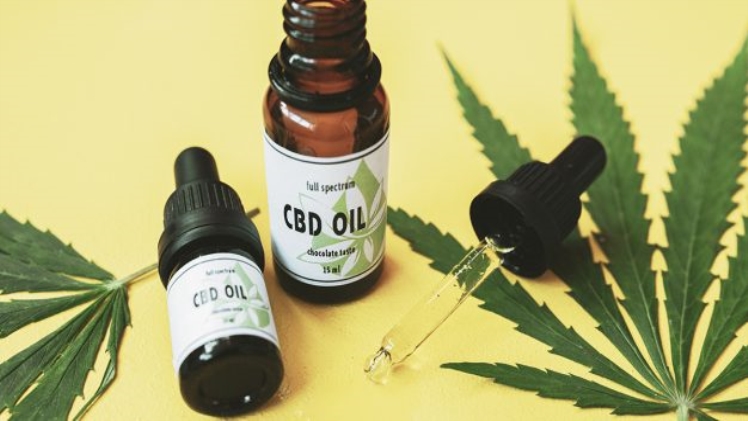 Scientists have been studying cannabinoids extensively for their potential anticancer effects and symptom management for decades. In areview that appeared in The Journal of the Association of Basic Medicines, researchers give a history of cancer research that specifically studied the role of cannabinoids and the endocannabinoid system (ECS). One of the first studies describing the anti-tumor activity of cannabinoids was published in 1975, according to the researchers. A wealth of information has since accumulated because many more scientists are researching the ECS and cannabinoids.They are studying the effects of a range of cannabinoids, including THC, CBD, CBN CBL as well as synthetic ones.

CBD has been found to have potential antitumor effects, inhibiting the growth of prostate cancer cells and causing breast cancer cells to die.

Scientists are finding that cannabinoids, including CBD, have anticancer effects and that the ECS is crucially involved in the process, but they don’t fully understand the process.

It’s important to note that although several scientific studies point to the potential use of cannabinoids to treat cancer, the results come from experiments carried out on animal models and cells in test tubes. Currently, there is no scientific proof that CBD can cure cancer in humans.

Can CBD play any role whatsoever in cancer treatment?

Despite the fact that the scientific community has not yet succeeded in finding proof that cannabinoids can treat cancer, cancer patients are going ahead and using it, some to treat their cancer, and others to treat the side effects of cancer treatments.

Several studies have looked at cancer patients’ use of cannabis. In Washington State, where cannabis was legalized for medicinal use in 1998, astudy at the Seattle Cancer Care Alliance surveyed 936 cancer patientsbetween 2015 and 2016, 24% of whom were active cannabis users. Some reported that they were using cannabis for recreational reasons, while others were using it to treat their cancer and physical symptoms like pain, nausea, and loss of appetite. The study only looked at cannabis use and didn’t report on any results.

A study of patients in Minnesota’s Medical Cannabis Program did. Patients reported on their experience of anxiety, appetite loss, depression, disturbed sleep, fatigue, nausea, pain, and vomiting. After four months’ participation in the program, all patients reported a decrease in the severity of their symptoms. Since the study was observational and uncontrolled, the findings can’t be generalized, but the researchers are keen to use them as a basis for further studies. A similar study was done in Israel.

The thing is, cancer is a very serious illness. It’s not realistic to think that one can treat it with a CBD oiltincture bought at a local marijuana dispensary. However, that’s exactly what one woman in the UK seems to have done. Let me tell you her story. It’s very inspiring and must be at least of some value because it was published in BMJ Case Reports.

According to a EurekaAlert! news release, the facts are as follows. The woman, who is in her 80s, has been living with cancer for a number of years. She was diagnosed with non-small cell lung cancer and also had mild chronic obstructive pulmonary disease (COPD), osteoarthritis, and high blood pressure and was on medication for these conditions. She smoked 68 packets of cigarettes a year.

When she was diagnosed with cancer in 2018, her tumor was 41 mm in size and it didn’t seem to be spreading, so she was an ideal candidate for the usual treatment involvingsurgery, chemotherapy, and radiotherapy. However, she refused treatment, saying that she watched her late husband going through the side effects of radiotherapy and didn’t want to go through it herself. So, the doctors decided to just keep monitoring her by doing scans every 3-6 months.

The scans showed that her tumor was shrinking. According to the report authors, the tumor had shrunk an average of 2.4% per month by the time her doctors saw her in February 2021. When they saw her in 2019, she revealed to them that she had beentaking CBD oil as an alternative self-treatment for her lung cancer since August 2018, soon after she was diagnosed. She received the advice to try CBD oil from a relative.

She told her doctors that she had been taking 0.5 ml CBD oil, two or three times a day, but mostly three times. The doctors spoke to the CBD oil supplier who told them that the product’s main ingredients were THC (19.5%), CBD, around 20%, and tetrahydrocannabinolic acid (THCA) around 24%, according to the press release.

The woman didn’t change anything else in her life. She was still on all her other medications, her diet was the same and she continued smoking. The only “side effect” she noticed was a reduced appetite.

The reaction of the report authors

They added: “Although there appears to be a relationship between the intake of CBD oil and the observed tumor regression, we are unable to conclusively confirm that the tumor regression is due to the patient taking CBD oil.”

And concluded:“More research is needed to identify the actual mechanism of action, administration pathways, safe dosages, its effects on different types of cancer and any potential adverse side effects when using cannabinoids.”

While we don’t have any conclusive research results that CBD oil Canada can treat cancer, promising indications are emerging, both anecdotally and scientifically, that cannabinoids do interact with cancer cells through the endocannabinoid system and are worthy of further scientific investigation.