Everything about a Fogging Machine 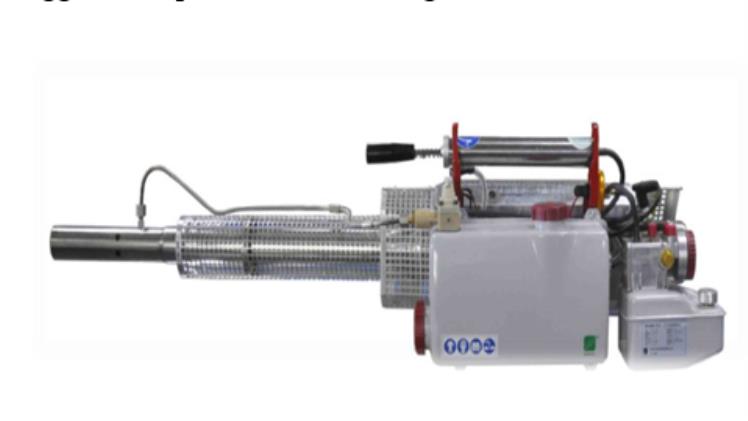 A fogger is a versatile machine used to spray a chemical solution for pest mitigation or killing molds and weeds. It may also be used for odor control. This article will inform us about a fogger’s components and working.

Generally, a fogger is used to spray various kinds of chemicals in the form of a fine mist. It may be for fumigation, sanitization, pest control, or mitigation of the growth of unwanted plants such as molds. The machine delivers the chemical intended to be applied as a mist or smoke, which is the most efficient way of using chemicals.

Crime scene investigators, disaster mitigation specialists, and food processing specialists use smoke generators or foggers in laboratories and environments where the working conditions must be disinfected, such as hospitals.

The Working of a Fogger

A fogging machine uses propane or electricity to turn the chemicals into a mist, fog, or smoke. A heat exchanger is used to vaporize the contents. The thin fog produced can penetrate smaller and hidden surfaces to ensure a total and adequate supply or application of the chemicals to the desired consistency.

The chemical disinfects the surface to which it is applied and the air itself. The tiny droplets of the chemical solution stay on the surface for a longer time, thus giving long time protection.

Components of a Fogger

A fogger is made up of various parts that perform different functions. The features are as highlighted and described below.

This fluid is also known as fog juice. This fluid is fed into the fogger tank and is forced to travel through the heat exchanger. This liquid vaporizes when the heat exchanger is heated to a higher temperature of about 400 degrees Celsius. The fluid is then transported through the nozzle of the fogger. It is released into the atmosphere, combining with atmospheric gas to form fog or smoke.

It is the fogger part responsible for forcing the fogger fluid from the tank to the heat exchanger.

This is the inbuilt thermostat of the fogger, whose function is to control the temperature inside the fogger machine. The heat exchanger contains tiny holes that allow the vapor of the fluid formed to escape into the nozzle.

The nozzle of the fogger machine is usually made of brass. Like the heat exchanger, it also has tiny openings through which the vapor escapes into the atmosphere when high pressure is applied to the machine. Because it is connected to the heat exchanger, the nozzle is always hot when the device is at work. This also helps to heat the fluid into a vapor.

The remote-control button in the fogger machine allows an o-button press for the easy operation of the device. It also functions as a witch to release the vapor into the atmosphere. The fog machine remote control may also determine the amount of vapor or fog released into the air.

In summary, a fogger machine is used to spray chemicals on surfaces for sanitization, disinfection, or sterilization. It comprises different parts that make its operation and functionality possible.

Factors Affecting the Price of Engine Hoist in Kenya

The functionality, features, and uses of a tandem – double drum roller