Lebron Suspended One Game Without Pay 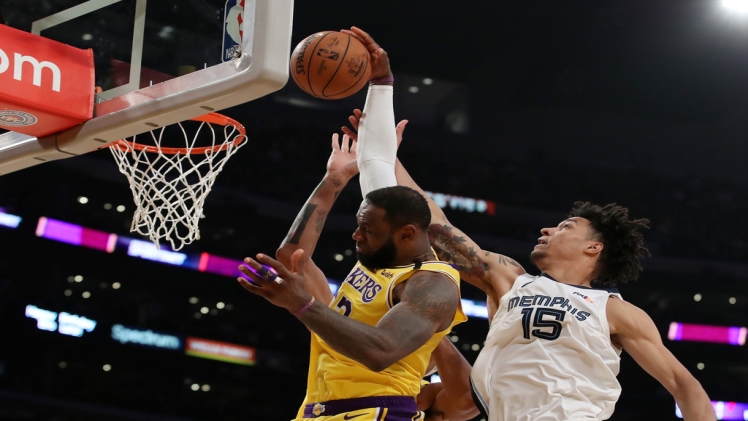 It was revealed by the National Basketball Association that star player LeBron James has been suspended in one match without getting paid (which amounts to US$284K) for brutally hitting Isaiah Stewart on the face and starting an on-court brawl.

Aside from James, it was also announced in today’s news that Stewart himself, who was left with a bloody face after he received James’ violent hit; has been suspended for two matches without salary for intensifying the fight by continuously and belligerently pursuing James in the court in an unprofessional manner.

Although, considering how badly his shape has been after the hit that he took, it is acceptable that he lost his composure. The incident was not a typical “restrain me” situation in an NBA match in which parties still behave in a professional manner. Stewart goes berserk when pursuing James on the court.

The scene was nasty and it could’ve gotten more violent if it wasn’t for the referee around and the rest of both teams to restrain both James and Stewart. Yes, what James did might be too far but it was Stewart’s reaction that was deemed unprofessional and it caused him a two-game suspension.

Meanwhile, LeBron seems to have gotten away with a subdued punishment with his one-game suspension as there is a much more authoritative discipline for this kind of case.

Comparison to a similar case

In 2015, J.R. Smith was punished for the same hit like LeBron on Jae Crowder and got suspended for two playoff matches.

If you examine both clips, you can visibly see LeBron look fiercely into Stewart as he punches him in the face, he is conscious of what he was doing. Smith on the other hand, took a few seconds before he struck but it was similar to James.

Smith was annoyed about Crowder’s previous touch as they struggled into the rebounding stance, in the same way that James appears to be provoked by Stewart’s contact, for which Stewart thought it was a loose-ball foul.

The punishment doesn’t fit the crime

However, the only difference between the two situations is that Smith was suspended for two matches, two playoff matches, meanwhile, James will only miss just a single regular-season match and will spare the Lakers of spending over $500K in luxury tax.

I’m not saying that there is an ongoing conspiracy behind this in-court debacle, I was just referring to the obvious facts.

If you come to think of it, one regular-season game and two playoff games aren’t even on the same level of punishment, however, both Smith’s and LeBron’s actions were the same. In fact, if you examine both incidents they mirror the same actions but were settled differently, indicating that James’ punishment doesn’t fit the crime.

This is an indicator that there must be an ongoing disparities in the world of the American professional basketball industry, not just in how athletes are getting paid but also in terms of how they are being punished for their actions on the court.

The Lakers will barely survive without LeBron

We all know that LeBron is a huge star in สยามกีฬา and in general, and his popularity is pouring millions into the NBA’s pot. Giving LeBron a one regular-season suspension is just like giving a child rape convict a six-month jail sentence. It is not fair and he deserves a harder sentence.

Either way, the Lakers are currently like dangling on a spider web with just a 4-7 score without LeBron’s presence on the roster. However, even with him on the team, they will barely break even. It is sad but true that the Lakers will have a hard time surviving without LeBron, even for a short period of time.