What Are the Benefits of Having a British Passport? 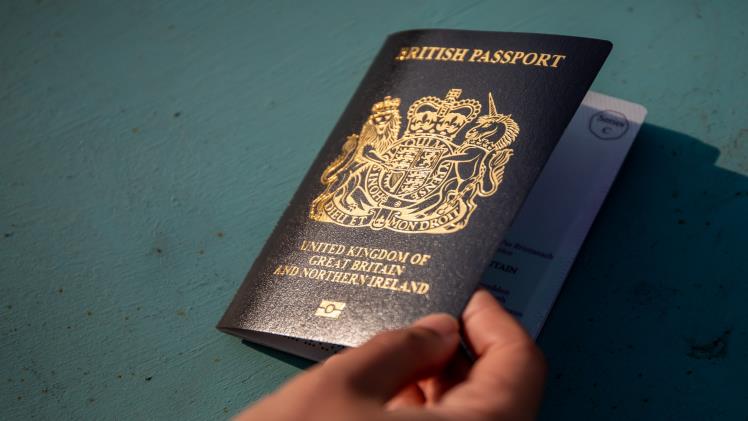 Obtaining British citizenship automatically gives you the right to get a British passport, which is one of the most powerful passports worldwide, with easy access to over 180 countries. It also gives you the benefit of being able to travel in and out of the UK without going through the ordeal of being subjected to strict immigration checks.

Many routes could lead to British citizenship. Some of these routes are harder than others, but most of them will require that you attain Indefinite Leave to Remain (ILR) status.

Who is Eligible for UK Citizenship?

In summary, to be eligible for British citizenship (and, hence, a British passport) you must either:

– have lived in the UK for at least six years (including at least one year under an ILR unless you apply for UK ILR as a Spouse Visa holder), which would lead to British citizenship by naturalization;

– be married or in a civil partnership with a British citizen and have lived at least three years in the UK (another form of citizenship by naturalization); or

– have the right to British citizenship by birth or by descent.

British citizenship by naturalization assumes that you are not eligible by virtue of birthright, but by having established certain bonds with the country over the passage of time. To this end, you must have resided in the UK for a period of time that’s deemed sufficient.

In order to be naturalized as a British citizen, you ought to have applied for Indefinite Leave to Remain

(or Settled Status if you’re from the EU, EEA or Switzerland) beforehand, which is possibly the hardest milestone to reach.

The time you must spend in the UK in order to get ILR or Settled Status depends on the visa you held, as well as whether the visa was suitable for this purpose. Some visas will allow you to apply after 2-3 years, while the great majority of visas only give clearance for achieving ILR status after 5 years of stay.

Finally, you may obtain Indefinite Leave to Remain through a 10-year settlement route. To this effect, you’d need to prove that you’ve legally resided in the UK continuously and without any gaps, meaning that you should have held some form of leave to remain throughout the 10 years prior to your petition.

Once you’ve obtained ILR, you’d still have to remain another 12 months in the country before attempting to acquire British citizenship and a British passport, unless you earned ILR through a Spouse Visa, in which case you can immediately file your plea.

British Citizenship by Birth or by Descent

Obtaining British citizenship via this option involves evaluating your particular situation, as the different applicable rules are quite intricate. In order to get better guidance on how to proceed, it’s advisable that you contact a competent immigration law specialist.

British Nationality Act 1981 lists various requirements apart from the eligibility criteria outlined above. These requirements are:

– You should have full mental capacity.

– You must fulfil the residence requirements or have spent no more than 450 days abroad during your residency period.

– You must have passed the “Life in the UK” test, consisting of a series of questions concerning the subjects of British customs and history.

– You must be of a demonstrable good character.

– You must have abided by UK immigration law and not have committed serious crimes or have unspent convictions.

– You must have sufficient knowledge of the English language.

– You must show that you intend to live permanently in the UK.

Once you’ve gathered the pertinent documentation and you’ve ensured that you meet the requirements, you must fill out and submit your petition online, paying the required fee. Your documentation will have to be scanned and uploaded to the online portal.

Additionally, you’d have to book an appointment to have your biometric data taken, including your fingerprint and photographs.

How Long Does the British Citizenship Application Take?

The application may take up to six months to be processed, though it’s usually resolved sooner. If your application is approved, you will be sent an approval letter and a citizenship invitation letter soon afterwards.

You’d have to schedule and assist to your citizenship ceremony at the nearest registry, wherein you’ll receive your naturalisation certificate.

How to Apply for a British Passport

After you’ve been granted British citizenship, you can apply for a British passport by either filling out the online form or via paper forms you can find at your local Post Office.

After the petition has been filed, you’ll be given the chance to arrange an interview in order to verify your identity. This interview normally takes up to 30 minutes and will essentially focus on basic questions about your background, your personal information (name, address, date of birth, etc.) and other questions regarding family members to the extent that this data may be necessary.

The documents required for the issuance of your British passport include:

– The passport that you utilised to enter the UK

– Details of the immigration status of your parents (whenever applicable)

Apart from these requisites, you ought to find and attach a signature from a person who has known you for at least two years and is able to confirm your identity (also known as a “counter-signatory). This counter-signatory must:

– Be an Irish or British citizen living in the UK at the time of your application.

– Be a recognised “person of good standing” within their community or a professional.

– Not have any relation with you via marriage or birth, nor be immersed in a personal relationship with you.

– Live at a different address from yours.

– Not work for the Home Office.

You should receive your passport within 8 weeks of applying once it’s accepted, taking into account the processing and delivery times.

What Benefits Do I Obtain With British Citizenship and Passport?

Going back to the original question, holding a valid British passport grants you a wide array of advantages.

These are some of the most relevant:

Apart from these, you also retain the other rights you had under Indefinite Leave to Remain or Settled Status, to wit:

What’s more, holding a British passport gives you ample capabilities, not only for the purposes of entering or leaving the UK but also in relation to your travel possibilities, as said earlier.

The British passport, as of this date, ranks 5th in the number of countries that it allows visa-free access to, including those that permit you to obtain a visa on arrival or via a quick online application (e-visa).

Countries that allow visa-free travel include those in the EU, EEA, and EFTA, as well as in North America, Central America (except for Cuba), South America, Southeast Asia, and many countries across Oceania (including Australia, New Zealand, Vanuatu, and Fiji).

Furthermore, many countries give easy access to business and work visas for holders of British passports

What is the validity period of a British passport?

Can I apply for Indefinite Leave to Remain if I’m under a Student Visa?

Unfortunately, you can’t, though the time you spent under a Student Visa may count towards a 10-year settlement route, provided all other conditions are met. You could also switch to a qualifying visa that will enable you to obtain ILR and subsequent citizenship.

Can I prove my residency with a British passport?

You can, in the absence of a permit, prove your residency within the UK with a British passport. However, it’s always recommended that you’re issued a Biometric Residence Permit (BRP) for easier and more streamlined access to services within the UK.