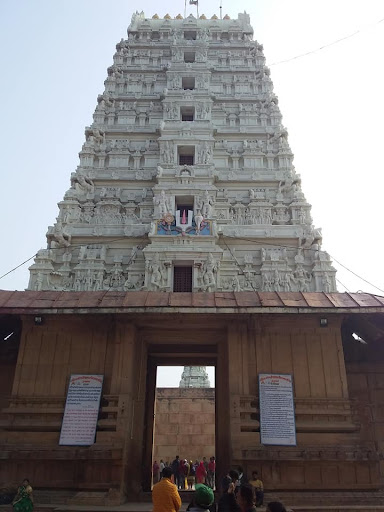 The following is my first experience while travelling North India. Today I went to Mathura-Vrindavan and visited various tourists places.

We began our journey by bus at Mathura, the birthplace of Lord Krishna. Here is Jogmaya’s temple, and there is a statue made up of bronze. There’s also a massive temple in the midst of it, which I didn’t see because we didn’t walk that far.

As it was already dawn, I boarded the bus and finished my evening tiffin with bread, cake, and ghugani and then moved towards Vrindavan.

Hotel We Were Staying

Near prem mandir hotel was our NSN Hari Vilas Bhawan in Vrindavan. It was perfect for all of us.

At 8:30 we reached the hotel. After our rooms were ready, we packed our bags and put on our home clothes, ate dinner at 10 pm and went to bed. 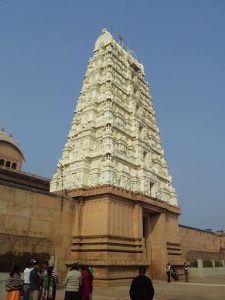 First Half Of the Day

Our first day in January 2022 began with tea at 8 a.m. Then, around 8:30 a.m., we travelled to Vrindavan. We did a walking tour of Vrindavan with a guide.

The guide first explained a lot about the customs of this place and various other interesting facts.

We first went to “Govinda Mandir” with him. This temple was built by a king of Jaipur, wich is made up of red stone. The temple was originally seven storeys high, but Aurangzeb demolished three storeys from the top.

Then we proceeded to a place where 2000 widows were remembering Lord Krishna and Radha, together as ‘Randhe Randhe’. From there we went to another Radha Govinda temple.

Here individuals write their names for 1250 rupees and the names of their families are carved in stone and hung on the wall, and all their lives, and prasad comes from Vrindavan Dham through the post office for the rest of their life.

tWhile those who subscribe with 650 or 575 rupees will get Radha Govinda prasad at their residence for a year.

We then headed to Nidhivan forest. We noticed several tombs here. Many people jokingly refer to Nidhivan as the monkey’s headquarters.

The majority of the monkeys in Vrindavan may be found here. It is more accurate to suggest that visitors to Vrindavan must leave their spectacles at home.

Be careful when bringing the camera. If the monkeys grab your items, they will not return them unless you offer them something to eat.

An uncle who was travelling with us was in a similar scenario. Even I didn’t dare to use my glasses, which reduced the quantity of photos I shot of this lovely location.

At present the level of river Jamuna has risen. 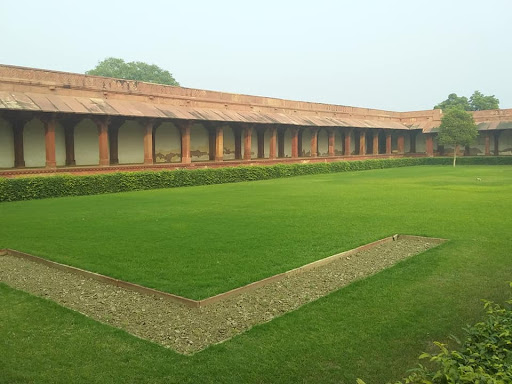 Second Half Of The Day

After seeing all this, we came back at 1:30 in the afternoon, when we finally had our lunch.

In the evening after having our evening tea, everyone was brough back to the bus to continue with the site scene which was planned at 5 o’clock. However, many could not go due to physical illness.

We first visited the temple of Birla, sitting in one of the seats of Radha Maa with Lord Krishna.

Then we headed directly to the Pagla Baba’s ashram. This ashram has seven floors. On the first floor there is a statue of ‘Pagla Baba’.

And on the other six floors there are descriptions of various forms of Lord Krishna. For example – from Sri Ramchandra to Lakshmi Narayan. And on the last floor there is a stone inscribed “Om” .

After that, we walked downstairs to do some shopping where I purchased a collection of Lord Krishna-themed CDs.

Last Moments Of Our Mathura-Vrindavan Tour

Around 8:45pm, we returned to the NSN Hari Vilas Bhawan hotel.

Our dinner was served immediately. After eating, we packed the next day’s clothes and went to bed.

Food and services of this hotel were really good, if you want you can check out the hotel near prem mandir of in Vrindavan to book according to your convenience.

The best things to do when visiting Accra

Everything You Need to Know About Moving to Montgomery, AL for Work